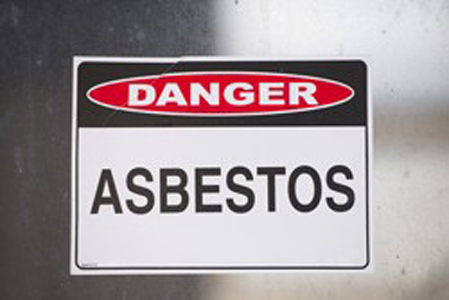 What Is Asbestos and Why Is It A Health Hazard? 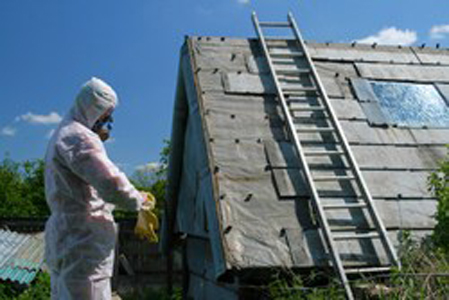 What Is Asbestos and Why Is It A Health Hazard?

Last year, Upworthy.Com published a story about the famous actor, Steve McQueen: Steve McQueen was the King of Cool. But do you know how he died? Steve McQueen died of cancer related to exposure to asbestos: malignant pleural mesothelioma.

Up to 15,000 asbestos related deaths occur in the United States each year. Despite the wealth of information documenting the negative health impact of asbestos, it is still not banned in the United States. In fact, 30 million pounds of asbestos are used each year. Asbestos is a silent killer because one does not get sick immediately from exposure, but usually within 20 years. In the case of Steve McQueen, he was diagnosed with mesothelioma in 1979, nearly 30 years after first being exposed to asbestos while serving in the navy.

Mold B Gone now offers asbestos testing and removal services. The purpose of this article is to answer the following questions:

The word “asbestos” comes from a Greek word that means “inextinguishable”.

According to Asbestos.com, asbestos is a naturally occurring substance that has been used extensively because of its heat strength, tensile strength, and insulating properties. It has been used in thousands of products, most notably:

There are six types of asbestos:

This is the most commonly used form of asbestos and can be found today in roofs, ceilings, walls and floors of homes and businesses. Chrysotile asbestos also was used in automobile brake linings, pipe insulation, gaskets and boiler seals. Although it is more prevalent, some studies show it takes more exposure to chrysotile than other types of asbestos to develop related diseases.

This is known as brown asbestos, and it originates mostly in Africa. It was used most frequently in cement sheet and pipe insulation. It can be found in insulating board (which contained up to 40 percent asbestos), ceiling tiles and in thermal insulation products. Like the other forms of amphibole asbestos, it has needle-like fibers.

This is blue asbestos and it’s known for having the best heat resistance. Mined mostly in South Africa, Bolivia and Australia, crocidolite was commonly used to insulate steam engines. It was also used in some spray-on coatings, pipe insulation and cement products.

This type was mined primarily in Finland and displays a gray-brown color. It was not commercially used and was rather found as a contaminant. Anthophyllite was most commonly found in composite flooring.

This form of asbestos has a harsh texture and is not as flexible as the others. It is most often found in metamorphic rock. Actinolite was never used commercially, but it can be found as a contaminant in some asbestos products.

Why is Asbestos a health hazard?

It’s shocking to me that hundreds of thousands of people are dying of asbestos-related disease across this country but most people don’t know a thing about it,” says Chris Weis, an asbestos coordinator for the Environmental Protection Agency. Medical evidence dating back to 1899 has shown that asbestos is a slow but steady killer, even though world governments, including our own, and the popular media have long bought into the idea that a little asbestos won’t hurt you. In fact, a single microscopic spear-shaped asbestos fiber lodged in a victim’s lung can cause myriad fatal reactions. Physicians estimate that exposure to asbestos will eventually kill millions of Americans. They will die of asbestosis, mesothelioma, tremolite poisoning, or cancer of the esophagus, colon, or stomach. (Excerpt from Michael Bowker’s, Fatal Deception: The Terrifying True Story of How Asbestos is Killing America)

According to the World Heath Organization 107,000 people die each year from asbestos-related lung cancer, mesothelioma and asbestosis resulting from occupational exposure. This means that approximately 294 people die daily from asbestos. Every hour 12 people die because of asbestos. One death every 5 minutes! Every day about 125 million people in the world are exposed to asbestos at the workplace, meaning death from asbestos will continue.

In the United States, 15,000 asbestos related deaths occur each year, nearly 2 Americans die each hour. Asbestos is scary because it is lethal and has been described as a silent killer that can lead to asbestosis, mesothelioma, tremolite poisoning, or cancer of the esophagus, colon, or stomach.

The video below provides an excellent explanation of what happens to the lungs when asbestos is inhaled:

Where is Asbestos found?

The prevalence of asbestos use in construction prior to 1980 means that most homes and commercial buildings will have some asbestos.

Homes and apartments built before 1980 often are filled with asbestos, needing only normal wear and tear with age to dislodge the fibers and send them airborne. Asbestos can be found in floor tiles, roofs, furnaces, plumbing, appliances, fireplaces and window caulking, leaving most everyone vulnerable.

The video below provides you with further insight into asbestos:

What is Asbestos abatement?

The key to ensuring long term health if asbestos is found in a home or building is to ensure that professionals are hired to remove the asbestos. The term used is “asbestos abatement“, which simply means the process of removing or containing the asbestos so that the asbestos fibers can not become airborne.

The first step is to identify if asbestos is present which can be done using an asbestos bulk sampler, which is the safest way to take bulk samples. The samples should then be sent to a lab for analysis.

The top priority of an asbestos abatement professional is to prevent asbestos fibers from traveling freely in the air. For this reason, the next step after asbestos is confirmed is to set up a proper containment so that the fibers that do become airborne are not allowed to travel outside of the contained area. Once the containment is set up with negative air pressure, the process of removing the asbestos can begin. All contaminated materials must be disposed according to industry and geological standards and regulations.

Once all asbestos materials are removed, the air quality should be tested by a Third Party environmental consultant before any reconstruction begins.

If you have questions about the asbestos abatement process, please contact us. We are here to help.

The infographic below, courtesy of Sokolove Law, provides an excellent visual summary of asbestos facts and information: